Sir George Joseph Ball (1885-1961) for many historians, politicians, filmmakers,and members of the intelligence community remains a figure of fascination, embarrassment and revulsion. This Security Services Officer held the key operational role in MI5 for it's formative years between 1915-26. He was headhunted out of MI5 to run first propaganda at Conservative Party Central Office and then the Conservative Research Department. In recent years he has come further into the public domain with characterisations of him appearing in the following movies, particuarly the brilliant  2009 film "Glorious 39" by Steven Poliakoff.


Steven Poliakoff wrote in History Today about how the Character Joseph Balcombe was based closely on Sir Joseph Ball , MI5 Officer.

The Film Glorious 39 explored the sinister side of appeasement.

A cloud of sinister suspicion surrounds Ball, even Conservative writers such as Michael Dobbs and Alistair Cooke (Baron Lexden) talking about his activities in dark terms. (Cooke refers to activities such as burglary and murder "- Its first Director, Sir Joseph Ball, was one of the most successful and least scrupulous officers that MI5 has ever had. A murder or two in the course of a spying operation was all in a day’s work." Dobbs - a household name from his "House of Cards books and TV political thrillers highlights the Activities of Ball and his Civil Service Eminent Grise Sir Horace Wilson in a similar vane in his 2003 book "Winston's War"


My own contribution to the debate about Ball's activities has taken me 11 years to research and write, and is published in March 2012 by Lulu.com 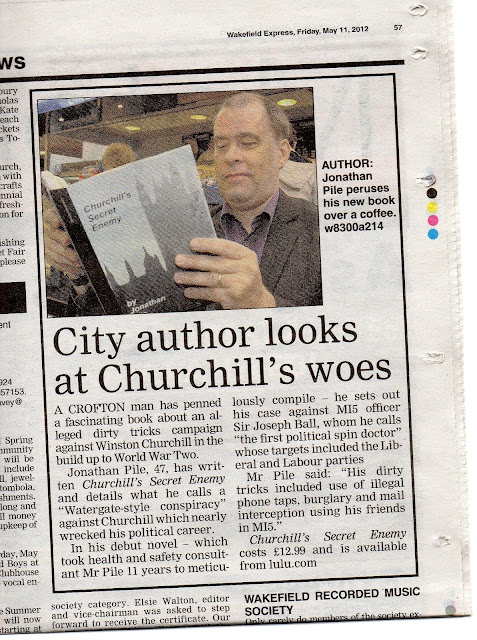 I drew heavily on seven unpublished boxes of Sir Joseph Ball's Private Papers which were acquired by the Bodelian Library at Oxford University and form part of the Conservative Party Archive. The archival material is closed to the general public and can only viewed by academics and researchers. Cooke and Dobbs as conservative writers may have had privileged access to the 2 boxes of the seven still closed by the Conservative Party which must contain matters too sensitive for scrutiny some 80 years since their occurrence.

For those interested in the information I did discover (including Ball's connection with honours trafficker Maundy Gregory, his masterminding of the Zinoviev Letter Forgery Election Fraud of 1924, his links to far right Pro-Nazis in Britain, his sponsorship of backchannels to Nazi Germany ,his implication in honours funding of Neville Chamberlain's appeasement policy by Tax Dodging Bahamas Gold Magnate Sir Harry Oakes and the Watergate Dirty Trick campaigns against Liberals, Labour and Anti-Nazi Conservatives such as Winston Churchill my research is available in "Churchill's Secret Enemy" 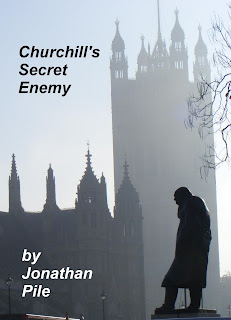 Where to get the book

For Information on my next book "His Majesty's Secret" - available from Lulu.com on January 1st 2013.


26 Feb 2012 Sunday Express Article - "How this crook saved the Queen Mother" - article by Royal Author Christopher Wilson revealing some of the new evidence regarding George VI and the Queen Mother such as the MI5 file and Royal Correspondance proving links to Maundy Gregory contained in "Churchill's Secret Enemy" published in 2012 and to be expanded upon in "His Majesty's Secret" in 2013.


Posted by Churchill's Secret Enemy at 02:32